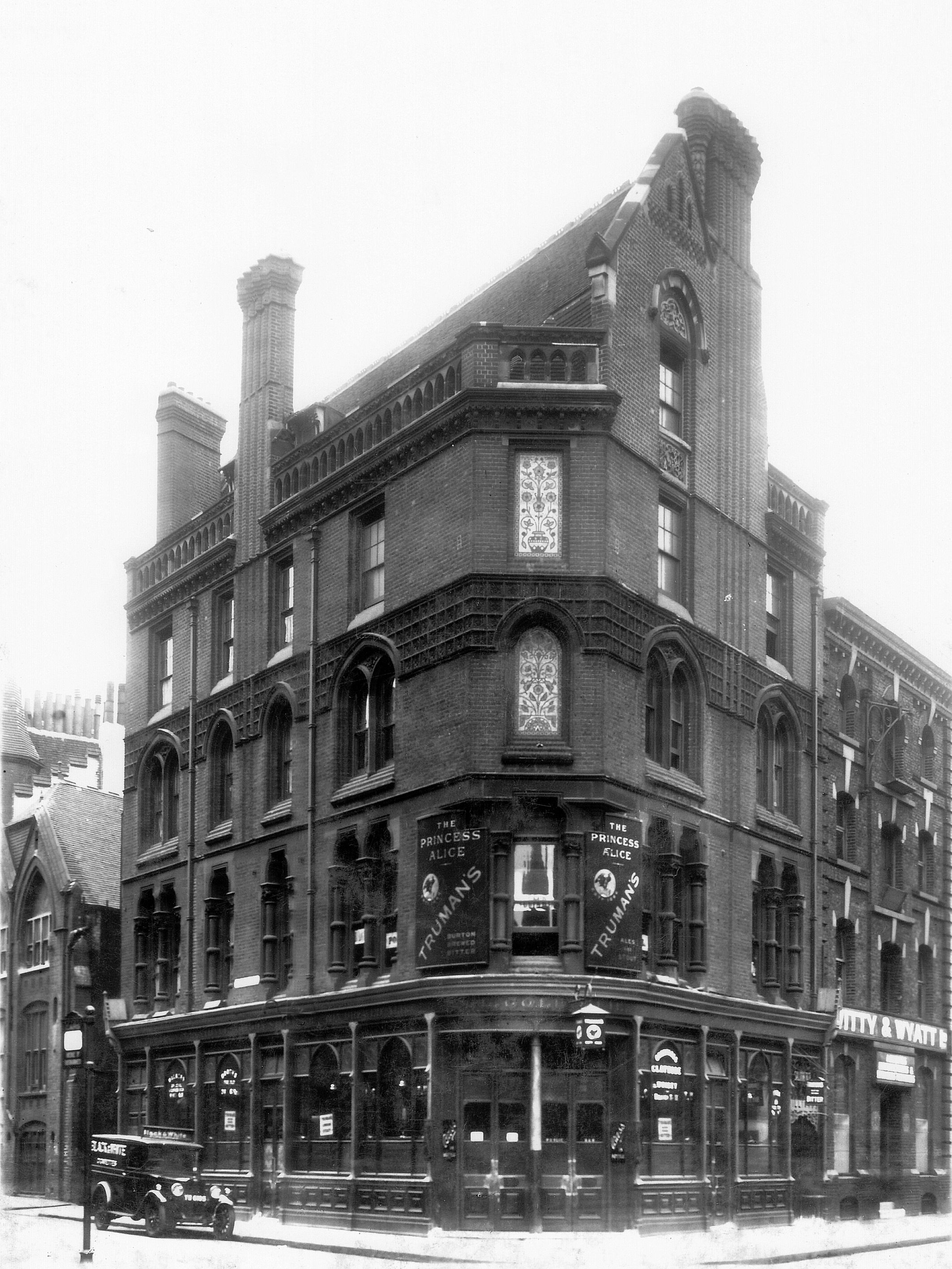 The Princess Alice pub was one of the pubs frequented by prostitutes in the East End of London at the time of the Ripper crimes. Not only was it a known haunt of one of the potential suspects – a sinister character nicknamed ‘Leather Apron’ – but it was also the last place the final victim of the Whitechapel Murders was seen alive.

What happened at The Princess Alice Pub in relation to the Jack the Ripper crimes?

The Princess Alice played an important role in the Ripper crimes for two reasons. Firstly, it was the known haunt of a character called John Pizer, who the local street walkers called ‘Leather Apron’. He was known to try and steal money from prostitutes by threatening them with a knife. That led him to be linked with the Jack the Ripper murders and he was subsequently arrested on 10 September 1988 by a police sergeant called William Thick. However, Pizer had alibis for the two most recent murders, ruling him out as a suspect.

The Princess Alice was also the last place where Frances Coles, the last official victim of the Whitechapel Murders, was seen alive before she was attacked and killed. Despite similarities to previous murders, her wounds were such that the police did not think her attack was linked to the Ripper crimes.

Where is The Princess Alice pub?

The Princess Alice pub, now a gastropub called The Culpeper, is situated on the corner of Wentworth and Commercial Street in Aldgate, East London. The closest tube station is Aldgate East, which is just 0.1 miles away, with Aldgate and Shoreditch underground stations 0.2 and 0.5 miles away respectively.

In the near vicinity of the pub, you’ll find Nicholas Hawksmoor’s baroque masterpiece, Christ Church Spitalfields, as well as a host of restaurants, vintage shops and the famous Old Spitalfields Market.

What is The Princess Alice pub in the present day?

There is still a pub located on the corner of Wentworth and Commercial Street but it is now a gastropub called The Culpeper, which has a ground floor pub, a restaurant on the first floor, accommodation on the second floor and skyline views from the rooftop terrace.


How has The Princess Alice pub changed since 1888?

The original pub was built in 1850 shortly after the construction of Commercial Street, although the current building dates from 1883. During the 1980s, the pub was remodelled and the name was changed to The City Darts. In 2007, The City Darts closed and the pub reopened with its original name, The Princess Alice. That subsequently closed before the pub was reopened as The Culpeper.

What Can A Poor Girl Do

On Monday the 21st of March, the story of the courtroom exchange between Mary Ann Donovan and David Williams Wire, Lord Mayor and Chief Magistrate of the City of London, was given prominence in newspapers all over the […]

In the 1850s, two people became synonymous with the street sellers of Victorian London. The first was the reporter and social historian Henry Mayhew, whose 1851 study London Labour And the London Poor – in which he observed, […]

Today is #internationalbeerday #cheers Although we

The #JacktheRipper #murders aside, the 19th centur

The beautiful buildings in #princeletstreet #Spit

Just one of the lovely #doorknocker s that can be