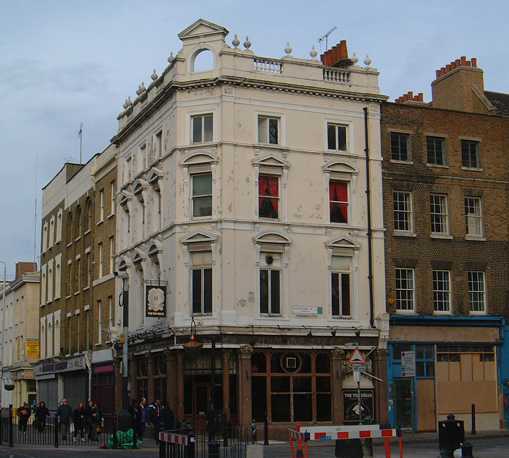 As if a close link to the gruesome Ripper murders wasn’t enough, there has also been a certain amount of ghostly activity associated with the Ten Bells pub. In fact, there have been numerous sightings of an old man dressed in Victorian clothing who walks the halls.

What happened at the Ten Bells pub in relation to the Jack the Ripper crimes?

The Ten Bells pub was for many years called ‘the Jack the Ripper’, thanks to its indelible link to the Ripper’s crimes. On 9 November 1888, Mary Kelly, a 25-year-old described as having ‘a fair complexion, light hair and rather attractive features’, left the pub before becoming Jack the Ripper’s final victim. Her mutilated body was discovered the next morning in Miller’s Court, Dorset Street, on the opposite side of the road from the Ten Bells.

However, that’s not the only the terrifying story in the pub’s long history. In the late 1990s, staff living in the pub complained about alarming encounters they’d been having with a ghostly old man dressed in Victorian clothing. After awaking with an uneasy feeling in the middle of the night, they would turn over to find this phantom lying beside them in the bed, but as soon as they cried out, he disappeared.

Where is the Ten Bells pub?

Ten Bells can be found on the corner of Commercial Street and Fournier Street in Spitalfields in the East End of London, where it has stood in one guise or another since the middle of the 18th century.  The closest tube station is Liverpool Street, which is 1 mile away, with Aldgate and Aldgate East both 1.4 miles from the pub.

If you’re looking for things to do near the Ten Bells then there’s certainly plenty of choice with Brick Lane, also known as London’s curry mile, the Electric Blue Gallery and Christ Church Spitalfields all just a short walk away.

What is the Ten Bells pub in the present day?

Today, the Ten Bells is a trendy, one-room drinking den which is commonly frequented by London’s hip young things. Some of the old school touches still remain, with blue and white tiles dating back to 1900 and plenty of other historic and authentic features.

How has the Ten Bells changed since 1888?

Remarkably, the Ten Bells has not actually changed all that much given that it has been standing on the corner of Commercial Street and Fournier Street since 1752. In 1976, the pub was renamed ‘the Jack the Ripper’ by a landlord hoping to cash in on its history, but in 1988 it reverted back to its original name.