At first glance, Whitechapel High Street, where our Jack the Ripper tour actually begins, has changed a great deal since the 19th century. However, if you know where to look, fragments of its past have survived the ravages of time and the incessant march of the developers.

What happened on Whitechapel High Street in relation to the Jack the Ripper crimes?

It was in the pubs along Whitechapel High Street that Martha Tabram went drinking throughout the evening prior to her murder, which took place in George Yard, now Gunthorpe Street –  a narrow and sinister alleyway that turned off, and still does turn off, the street. 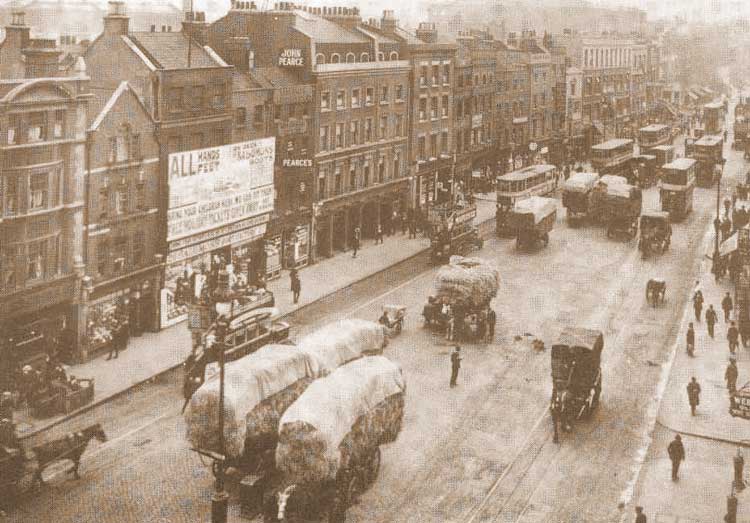 It was also on Whitechapel High Street that contemporary suspect Charles Ludwig got into an argument with a coffee-stall holder and a youth by the name of Alexander Finlay, in the early hours of the morning on September 18th, 1888. Ludwig was arrested and, for a time, the police were convinced that they actually had the Whitechapel Murderer in custody.

Where is Whitechapel High Street?

There’s plenty to do on Whitechapel High Street. For one thing, it’s where our nightly Jack the Ripper tour actually begins at 7pm from this very station!

What is Whitechapel High Street like in the present day?

Today, Whitechapel High Street is still a busy, bustling, crowded thoroughfare, and, although many of the buildings that would have lined it in 1888 have long-since been demolished, it still does have a little of the feel of the Victorian era. Restaurants, fast food outlets and coffee shops can now be found along it.

It boasts a noteworthy institution in the form of the Whitechapel Art Gallery, which recently underwent a major renovation and expansion.

How has Whitechapel High Street changed since 1888?

In 1888, the High Street most certainly had the feel of a village high street, and by night, with the arrival of the huge hay wagons coming into the East End of London from Essex and the surrounding counties, it would have been noisy, busy and, given the horse-powered nature of the means of delivery, smelly!

Whitechapel Gallery was built between 1897 and 1899 and was founded by Canon Samuel Barnett, the vicar of St Jude’s Church on nearby Commercial Street and an ardent campaigner for reform in the districts of Spitalfields and Whitechapel.

Barnet wrote to the newspapers many times at the height of the Jack the Ripper scare to highlight the dreadful social conditions in the area. One of his major complaints, which he made in a letter to The Times, on 19th November 1888, was that the police presence in the area was insufficient to keep “decent order inside the criminal quarters” of the neighbourhood. He also made the point the area was inadequately lit by night and observed that “dark passages lend themselves to evil deeds.”

In 1888, the Eastern section of the High Street was overshadowed by the church of St Mary, which in the Middle Ages had been a lime-washed structure. Its resultant gleaming white exterior led to its being dubbed the “White Chapel” the name which was eventually passed on to the neighbourhood around it.

From at least the 18th century up until 1928 Whitechapel High Street was the scene of a very busy hay market. Farmers and hauliers arriving from the countryside to service the market were also a steady clientele for the area’s prostitutes.

By night Whitechapel High Street was a well lit and lively quarter where people could enjoy the pubs, gin shops, coffee stalls, and sundry entertainments provided by street performers or penny show houses.

Today just one pub survives from then, the White Hart, which is situated at the junction of Gunthorpe Street and Whitechapel High Street. This often crowded little pub is a must for inclusion in a Jack the Ripper tour of London, because, in 1890, a major suspect was associated with the White Hart. His name was Severin Klosowski and in 1890 he worked as a barber in a shop in the basement of the pub.