It’s Halloween, the spookiest night of the year, so what better way to spend this night of nights than following Jack the Ripper’s bloodstained trail of terror on a journey back in time to that long ago Halloween of gaslight and fog.

FEEL THE FEAR AND EXPERIENCE THE TERROR

It’s Halloween, the spookiest night of the year, so what better way to spend this night of nights than following Jack the Ripper’s bloodstained trail of terror on a journey back in time to that long ago Halloween of gaslight and fog. This is the night when twilight creeps through the old alleyways, streets and courtyards of the East End of London – the very places where the Jack the Ripper murders occurred.

Thus it is that our annual Halloween Jack the Ripper London tour sets off to follow in the footsteps of the world’s most famous serial killer.

Your guides tonight are acknowledged experts on the case. Several have written books about the Jack the Ripper mystery and all of them have appeared on many of the recent television documentaries on the Whitechapel Murders. 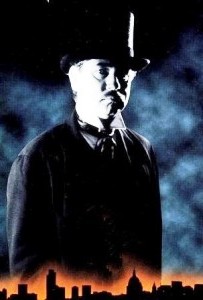 When you join these guides on a Jack the Ripper walk you’re not joining a guide who has read a few stories in a book, or has watched a few documentaries on the case, you are joining the guides who wrote the books and who appeared on those documentaries.

You are joining the absolute experts on the case and who know how to tell the story of the murders in an entertaining way that will keep you enthralled from start to finish.

You will experience the art of the storyteller at its marrow chilling, stomach churning best.

HIGHLIGHTS OF THE HALLOWEEN TOUR INCLUDE

AN ATMOSPHERIC ROUTE AND A GRIPPING TALE

Throughout the evening you will hear the full story of the Jack the Ripper murders. It’s a story that is chilling, gripping and thoroughly absorbing. The fact that the streets through which you will walk have changed very little, if at all, since the autumn of 1888 when the ripper prowled their shadows and the people of London walked in fear, will greatly add to your enjoyment of the story.

And the fact that the route our Halloween Jack the Ripper ghost tour takes has been carefully paced out to ensure that it positively brims with spine-tingling atmosphere will ensure that you are kept constantly on edge, or continuously looking over your shoulder, or looking nervously into the dark recesses of the are – ever fearful of what might be lurking just a few doors along, or hiding around the next corner.

So join London’s premier Jack the Ripper guides on a Halloween journey through the sinister streets of the East End where you will learn the full story of the world’s most famous Murder Mystery.