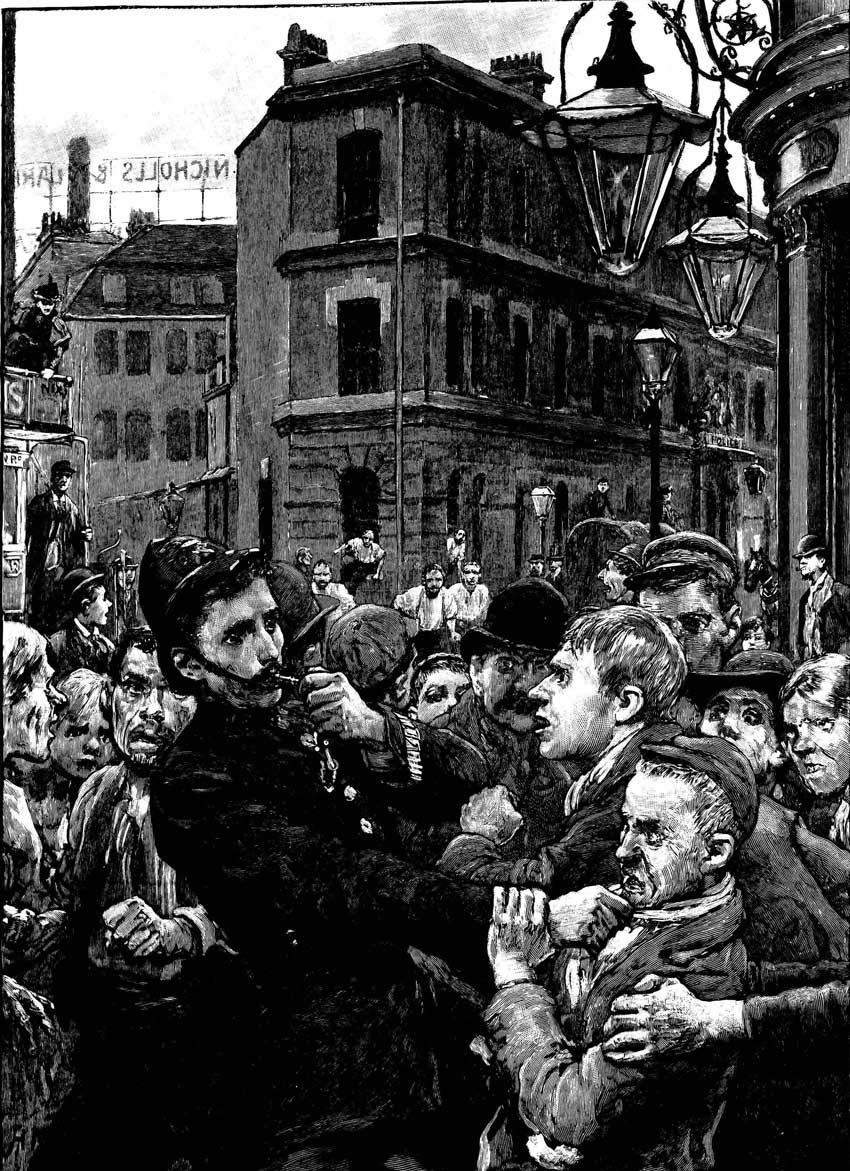 Commercial Street Police Station, in Shoreditch, was the station where many of the police officers investigating the Jack the Ripper murder spree were based. Probably it’s most famous detective was Frederick George Abberline, who played a key role in attempting to solve the Whitechapel murders.

What happened at Commercial Street Police Station in relation to the Jack the Ripper crimes?

The Commercial Street Police Station was where many of the police officers investigating the murders were based. One of the most fascinating investigations occurred in the case of Annie Farmer, the reason being that the victim of the attack survived and was able to give an account of what happened.

Annie Farmer was attacked in a lodging house in George Street, which was very close to a previous murder scene. A man had attempted to cut her throat, but Annie Farmer was able to scream to raise the alarm and the attacker fled.

She was taken to Commercial Street Police Station, where she was placed in a comfortable room and given time to sober up before being interviewed. The cut to her throat was only superficial, so once she had been attended to by the doctor she was able to give a description of her assailant.

Her description of the perpetrator which was circulated by the police was as follows:

The circumstances of the case gave the public reason to believe that the attacker could be Jack the Ripper, although the police felt the attack was probably not the work of the prolific murderer they were desperately looking for.

Where was the Commercial Street Police Station?

As well as being a significant area for the Ripper crimes and subsequent investigations, there are also a number of other attractions to keep visitors to this bustling area entertained. The Whitechapel Art Gallery, The Old Truman Brewery and nearby Brick Lane are all popular attractions for tourists and the local Shoreditch crowd alike.

What is the Commercial Street Police Station in the present day?

The Commercial Street Police Station is now a residential block called Burhan Uddin House, although the façade of the building remains largely unchanged.

How has the Commercial Street Police Station changed since 1888?